Had fun at the club at GJ's Guitar Emporium last Tuesday, full to capacity and there were lots of really good performances. I did a talk about my intruments and managed to rope friends from the Copsale club into playing some of my instruments Thomas Holder and me had been jamming together using the chord progression for the chorus of The Four Tops -Main Street People so I thought I'd learn the whole song. The video really catcpures the sound of the rotary speaker albeit in mono! It's a shame my guitar is a little loud in the verses I think my compressor pedal got accidentally left on. Would have preferred to have had a mic but there you go, it;s supposed to be an acoustic club so I was already breaking the rules! ;)


Also Derek and Liz Eastwood of Bamboozle offered to play two of my ukuleles, Gary Holder got to grips with the one string bass, wasn't convinced my guitar was in tune with them so aren't playing much, shame the video camera ran out of memory.

After a long silence I'd better update you with my recent events!
Thanks to my friend music club owner Gary Holder I have been given the opportunity to display my collection the window of the music shop that hosts one his monthly clubs which I will be performing at on Tuesday. Hopefully it will drum up a little publicity for his club. I haven't been able to find "permanent" job yet and have done a couple of subcontracts so am thinking about making guitars if not full time in the gaps between conventional work at least to start with, I realize that to survive in the guitar making game you have to be a little different, so was wondering weather people would be interested in simple -affordable instruments made from locally sourced reclaimed timbers so I want to gauge the republic's reaction and get some feedback I've written brief descriptions for each instrument on the florescent labels and the business idea I just explained to you. So far the reaction has been very positive. 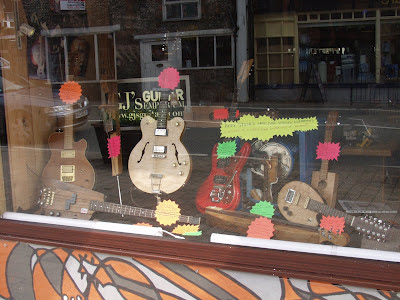 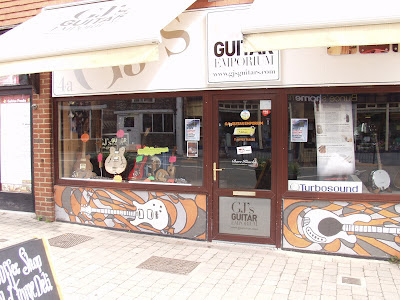 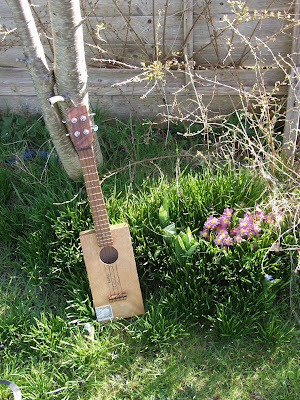 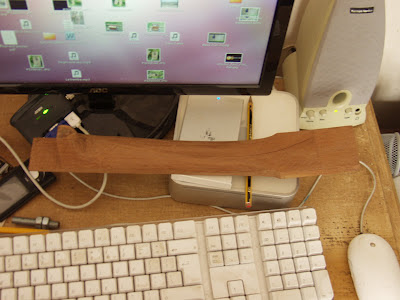 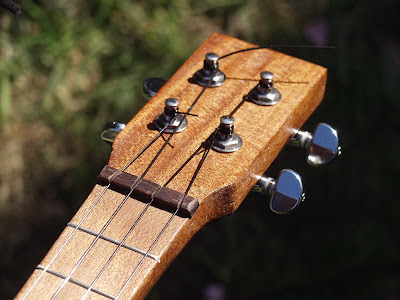 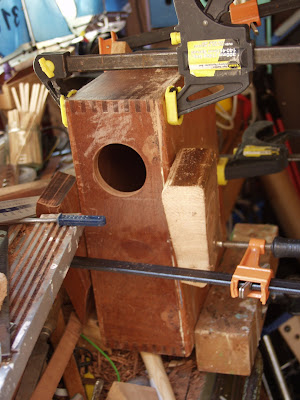